Want to be a Web Designer from scratch?  Then no worry, you are at right place. This is the great list of useful and from basic to advanced tutorials of HTML and CSS. Learn important tips and tricks about web designing. Get familiar with the latest trends of web development i.e. HTML 5 and CSS 3. If you know the basics of HTML & CSS then master it with these resources.

This video is the VERY basics of what HTML and CSS is, for the absolute beginner. HTML and CSS files are, quite literally, just text files. You don’t need any special software to create them, although a nice code editor is helpful. You can create these files on any computer and use your web browser to preview them during development.

2. 15 Must Read Articles for CSS Beginners

Are you new to CSS? The initial process of learning this nifty language can be a little daunting, there’s so much to learn it can sometimes be difficult to figure out where to start. Luckily there’s plenty of valuable information and resources out there on the web that covers everything from the basics through to advanced topics. This collection of 15 articles pulls together some of the best must read blog posts for anyone looking to get started with CSS styling.

3. Getting Started with CSS: A Practical Exercise

Learning how to write CSS is an essential lesson in any web design classroom. For you who are just starting out, here’s a beginner’s guide to help you learn the basics in proper CSS execution.

If you only have a single word or a single line of text, there is a clever way to vertically center it in a block with CSS. You set the line-height of that text to be equal to the height of the box. Works great, but is a major fail if that text needs to wrap.

I have an addiction. I can’t help but view source on every nice looking website I see. It’s like if you had x-ray glasses that allowed you to see any person you ever saw in their underwear at will. How could you not?

As I mentor some friends who’s learning CSS, I tend to repeat myself when asked for some advice. Here are 5 things that I would recommend to better yourself as a designer and developer.

This is the second part to my previous article “CSS Beginners Do’s and Dont’s Part 1“, if you haven’t checked it out yet now is a good time. In part one, I went over general tips and reminders, in this article I would like to go over more of the technical aspects of CSS.

There are many, many ways to create equal columns with CSS. This is one of those features that was MUCH simpler to achieve back in the days of html tables. In the next couple of years, when the use of CSS tables becomes more reliable, we won’t have this problem anymore.

As web designers and developers, we have all come to learn many css tricks and techniques that help us achieve our layout goals. The list of these techniques is an ever expanding one, however, there are certain tricks that are essential to achieve your goal. Today, we will review 20 excellent css techniques to keep in mind when developing your theme.

An overlooked aspect of websites is the formatting of HTML and CSS documents. This affects validation, SEO, and visual ease of use. Visual ease of use is the last thing most authors tend to keep in mind, but it’s still very important. If you’re building a template for a client, or to sell on ThemeForest, it is important that it’s visually formatted properly. Here are some examples of well formatted HTML and CSS.

The letterpress effect is becoming hugely popular in web design, and with a couple of modern browsers now showing support for the text-shadow CSS3 property it’s now simple and easy to create the effect with pure CSS. No Photoshop trickery here!

With version three of CSS, many exciting features will be implemented. CSS3 leads to greater flexibility and makes it much easier to recreate previously complex effects. Many time-saving rules are being thought up for CSS3: text-shadow, box-sizing, opacity, multiple backgrounds, border-radius, border-image ,multi-column layout, etc…

Every single element on a page is a rectangular box. The sizing, positioning, and behavior of these boxes can all be controlled via CSS. By behavior, I mean how the box handles it when the content inside and around it changes.

You better watch out, because the HTML police are about. They scour your code and pick out the most unspeakable crimes against HTML markup. This handy list of ten HTML tag crimes sheds some light on some of the most common coding mistakes and helps provide an alternate solution. Tips include writing valid markup, making semantic choices, avoiding deprecated tags and more!

Chris Coyier is a popular figure in the design community, well known for his blog over at CSS-Tricks and his general all round expertise with CSS and jQuery. I caught up with Chris and asked him a few questions about how he got started with his popular blogs, and to gain an insight into his latest ventures.

There are plenty of mistakes web designers (especially new ones) make when designing websites. Everything from poor design to simple oversight happen every day. But with a little diligence, they can easily be avoided.

I’ve gotten a couple of emails asking me how to pull off this effect so I thought it may be helpful for others as well. When fixing a background image on the bottom of your page, the following technique seemed to be the easiest from my experience.

19. How to Create a CSS Menu Using Image Sprites

Follow these steps to build your own modern navigation bar design, starting with the initial steps in Photoshop to flesh out the design, then moving on to constructing the HTML and styling with the CSS image sprite technique. However, if all that sounds too strenuous, there’s also a handy download of the source files especially for you!

As people become more interested in web development, the demand for quality tutorials arises. One of the most frequently requested tutorials is on the topic of slicing your PSD into quality HTML and CSS code. This is quite an intensive process and it can be hard to learn on your own. Today, we’ll have a look at 12 excellent tutorials for converting a PSD to HTML/CSS.

CSS is one of the most important building blocks of modern web design. Standards demand the use of CSS for formatting and styling pages, and with good reason. It’s lighter-weight and capable of much more than older methods like tables.

CSS is one of the most basic building blocks of modern web design. It creates the structure and style that surrounds your content and is capable of making your site a joy to use or a pain in the neck. Mastering CSS is one of the most important things a web designer can do, and has really become an essential criteria for being a successful designer.

Future of the Web

Some have embraced it, some have discarded it as too far in the future, and some have abandoned a misused friend in favor of an old flame in preparation. Whatever side of the debate you’re on, you’ve most likely heard all the blogging chatter surrounding the “new hotness” that is HTML5. It’s everywhere, it’s coming, and you want to know everything you can before it’s old news.

In this post we present a printable CSS 3 Cheat Sheet (PDF), a complete listing of all the properties, selectors types and allowed values in the current CSS 3 specification from the W3C. Each property is provided in a section that attempts to match it with the section (module) that it is most actively associated within the W3C specification.

XHTML 2 is dead, long live HTML 5! According to W3C News Archive, XHTML 2 working group is expected to stop work end of 2009 and W3C is planning to increase resources on HTML 5 instead. And even although HTML 5 won’t be completely supported until 2022, it doesn’t mean that it won’t be widely adopted within the foreseeable future.

26. Coding A HTML 5 Layout From Scratch

HTML5 and CSS3 have just arrived (kinda), and with them a whole new battle for the ‘best markup’ trophy has begun. Truth to be told, all these technologies are mere tools waiting for a skilled developer to work on the right project. As developers we shouldn’t get into pointless discussions of which markup is the best. They all lead to nowhere. Rather, we must get a brand new ideology and modify our coding habits to keep the web accessible.

Founder of Powerusers, done Engineering in Electronics Stream, Technology Geek by nature. Loves Nature and Photography. Facebook me at @nmisal and follow me on Twitter @Powerusers. 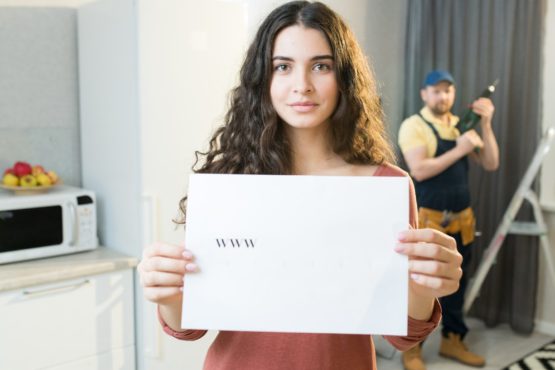 How to Create Web Service in PHP